A love of cars 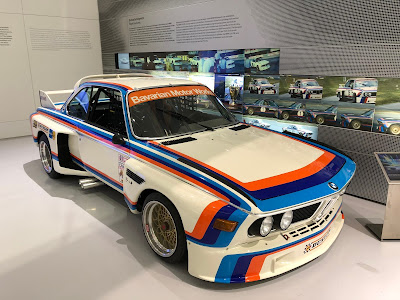 I remember back in the seventies going to Talladega Speedway to watch an IMSA race with my brother. I believe it was my first exposure to motor racing. The race included various classes of cars. There were prototype racers and highly modified production cars. I fell in love that weekend with fast cars! I vividly remember this style of BMW racing that weekend against the wicked 935 turbo Porsches. If you ever get a chance to watch these types of cars compete in vintage racing events, I highly recommend you take the time and listen to the beautiful sounds they make as their turbo boost dials are cranked up for maximum power. 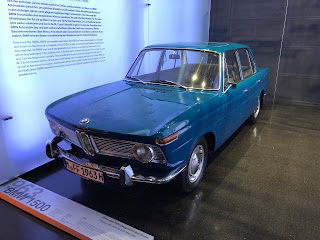 Why am I writing about cars today? Not sure to be honest...

I have had a love affair of sorts with cars since my youth. My grandfather owned a gas station in New Orleans and I often spent Saturdays hanging out at the station. I loved washing windshields, stacking oil cans and talking to Bob the oil change guy as he worked on the grease rack and fixed tires. My time with my grandfather and at the station are another post in itself. 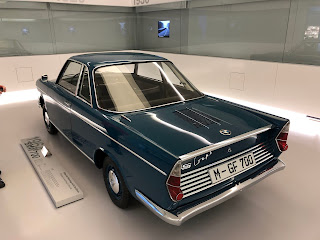 So why this post and with pictures from the BMW museum in Munich? I will be looking to buy a new car in the new future and I cannot make up my mind on what to buy.

I am talking about even the type of vehicle. I don't know if I want or need a truck, van, sedan, jeep or even a two seat sports car. 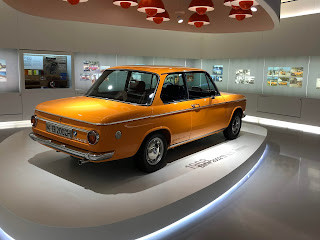 When I went to that race in Alabama back in the seventies, I got hooked on the idea of owning a Porsche or a BMW. I have owned a lot of vehicles in my life and have never owned either one. [My love affair with Mustangs is a post for another day, I think I have owned 6]

So my dream car for most of my life has been a 911 Porsche Targa. But I would have been happy with a vintage model 2002 BMW sedan made in the early seventies. Now I know that sounds crazy, but I just think they are the coolest cars around.


Which brings me back on point to what should I buy. I have no idea to be honest. I would love a new Corvette but I do not think that I would fit in the car.  I love the idea of a used 911, but I am scared of the maintenance cost. Maybe a vintage 2002 BMW, but I might just keep that as the one that got away. I think I am done owning Mustangs, but the new Mustangs are beautiful.

I currently have a 2013 Ford F150, so maybe a new Ford truck. I own a classic 1970 Chevrolet C-10, so if I purchased a new Chevrolet pickup it would be a great bookend to fifty years of design changes.

As you can tell I am totally confused about what to buy or even what to look at. As I write I guess I might look for something that would spark my inner child and still be practical. Boy I really do not like that word, but when you are on a budget, practical outweighs everything else.

Wait, did I mention that I drove a Ford Transit 15 passenger van the other day? No I didn't and let me tell you I felt like Mr. T in the A-Team, that was totally cool! Oh well I am lost again