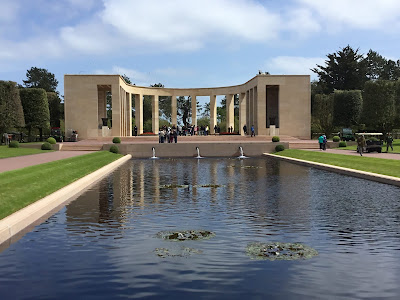 We have been watching a popular series that is based upon the idea that time travel is possible.

So the question was bound to be asked, “If you could travel back in time, when or where would you go?”

Have you ever given any thought to that? I have joked and heard other people joke about being born in the wrong time. I know that it would have been cool to be a kid in Southern California in the early 60’s. 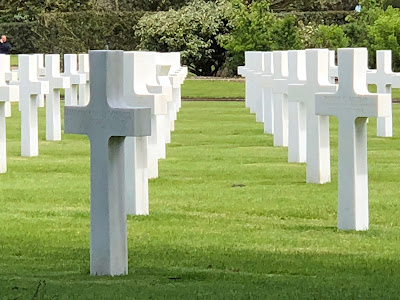 Could you imagine the music scene back then? That would have been so cool! The music, the cars, the girls....

As a lover of history, would a visit to the time frame to see the ministry of Jesus? Would we rather be there for the Reformation in Germany? Or be there for some other particular major historical event in history?

So I ask, when you think about the ability to travel to a particular time in the history of our planet, when would you choose?

I think I decided for now, and maybe for strange reasons.

I think given the option, I would travel to  the 1940s. Why? I think it would be incredible to be part of an event that helped shaped the world and be part of something that was bigger than me.

So where and when? I think I would like to drop into the final weeks of training for the troops that were going to land in France for D-Day. After visiting France in 2018 and the beaches at Normandy, it is clear to me that this strip of land is holy ground.

Now the strange thing for some people to understand about why I want to go to that moment in time is that  I would like to die at that time. Yes, not to survive the landing, but to die on the beaches of Normandy. Think about it, you would be remembered forever. Not just being buried in a cemetery and having your name and date placed on a stone that maybe your family might come visit. But dying during a historic battle where people for generations to come will visit and remember the brave actions of those men and the important part they played in bringing freedom to a continent.

That would be an incredible thing. You would have been part of something, be remembered for something, what more could you want...

Not sure if I have flushed this idea out yet. I am sure that there could be arguments against that approach or line of thought, but hey, its my blog and for the moment, my opinion.

Peace and comfort to you all